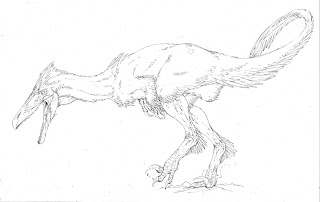 Austroraptor
Posted by Brett at 8:54 AM 5 comments:

Based on a tooth, this may or may not be a giant ceratosaur from Africa. 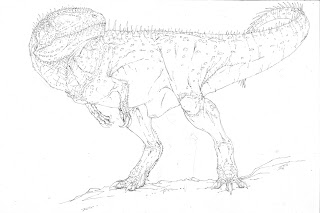 Just a quicky to keep the hoards happy;) 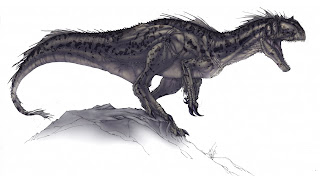 That's all for now. I do have some new drawings that need to be scanned.

Surprisingly a new giant Tyrannosaur was announced last week. This animal was 30+ feet long. It's not that closely related to the later more familiar Tyrannosaurs but for the time period it's unexpected due to it's large size. Since the remains are pretty fragmentary most of the skull and body is a guess, based on other more complete relatives:) 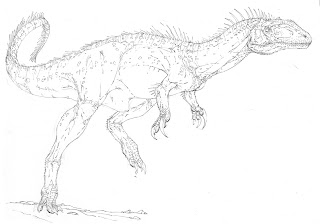 This animal was announced over the summer, along with 2 large sauropods. Since it's the first good theropod remains from down under they named the beastie Autralovenator. I finally got around to drawing it, and a good thing I waited so long. Last week a new paper was published that finally (for now at least) sheds some light on a new group of theropods The Neovenatoridea. This appears to be a second group of allosaurs, the sister group of the Carchadontosaurs, and in this group is Australovenator and drum roll please.... Megaraptor. 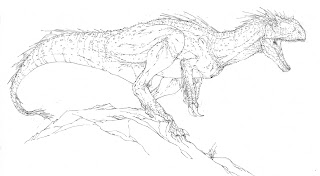 So Megaraptor isn't a Spinosaur or a Carcharadontosaur but a really advanced allosaur. I'm still geeking about this!

I had to stop working on this until the new wacom pen tips arrived, luckily they showed up the other day:)